Our Jacana employees and drillers from Eastern Manual Drilling have recently been trained in the electronic surveying of soil structures with Vertical Electrical Sounding (VES) and Horizontal Electrical Profiling (HEP). Randy Jones and Ray McKee from the USA revealed the magic that this technique has. The video shows how the measurements work in 10 steps.

VES was developed in 1915 and has been used by professionals for years. Although the technology is not “watertight” and can occasionally make a mistake, it saves time in places where manual drilling is difficult.

After training we immediately made a 2nd measuring machine, which turned out to be easier than expected. That instrument went to the Lundazi office where it was deployed the same day in a place where drillers had been drilling for 2 weeks without success. Result: the electronic measurements confirmed the hard soils, which the drillers encountered. The team took measurements at 6 different places with the same disappointing results. Near despair, the team decided to repeat the measurement at a random spot. In that seventh place, the measurement results were suddenly surprisingly positive. The soil would be fairly soft up to 17 meters. The drillers, who followed the measurements with curiosity, were eager to restart the work at that location. Within a few days they were 15 meters deep and found water at 7 meters. For the customer, HEP & VES measurements mean the difference between water and no water, and for the drillers, it saved weeks of hard work in the burning sun and results in a satisfied customer.

There are professional HEP / VES machines on the market that are based on the same principles and work faster, but these cost between $ 5,000 and $ 20,000. Jacana is very enthusiastic that the measuring equipment can be produced locally at a fraction of the cost ($ 850) and that it produces the same quality measurement results (researched by Dr. James Clark & Richard Page in 2011). 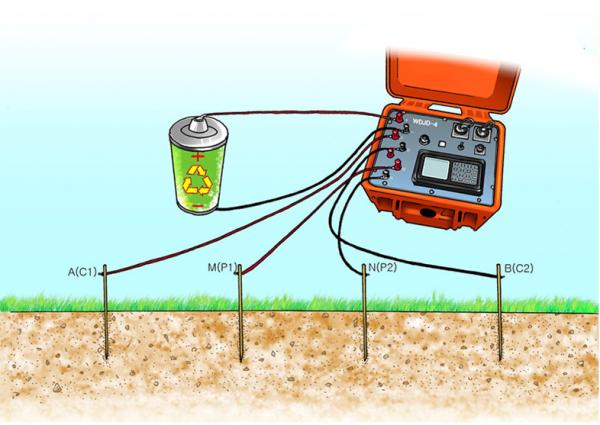 For machine borehole drillers it is less important how hard the soil is, yet they regularly use the same VES measuring technique to find, for example, water-containing fractures in rocks.

Our thanks go to: the teachers who voluntarily shared their knowledge, the National Ground Water Association from the USA who paid for the first measuring equipment and flight of the trainers and the Westberg foundation for covering the local costs of the training.