Over the past year Jacana supported the trained welders and drillers in expanding their business. It is time to view the current situation. 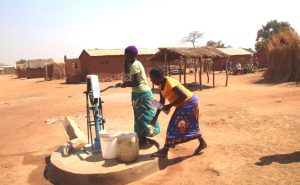 Borehole with pump at Erasmus house

There are 4 welders and 14 drillers actively engaged in producing pumps, drilling boreholes and pump installation. The welders have been able to expand their existing welding companies with the production of pumps and drilling equipment. It is more difficult for the drillers.They often come from small villages, earned their income by digging wells and are not accustomed to dealing with money commercially – unlike the welders. In addition, many of the drillers have had little or no education and some of them can not even read or write. Nevertheless all 14 drillers are very good at their profession. But to manage a company you also have to be able to keep your books, sell the product, put money aside to be able to replace your tools, etc. So far we see this is not always going well, of course, at the same time we also see that there is a market for manual borehole drilling, because there are now 25 satisfied customers who have already made use of their services without any sponsorship.

This year the Ministry of Water has introduced a new law in which all drillers must have a drilling license whether they drill with a machine or by hand. Water Resource Management Authority (WARMA) that regulates the licenses requires that the drillers have an officially recognized company, otherwise they can not apply for a license.The registration costs are approximately € 200/year, which is a huge amount for the drillers.

By the end of December 2018, the sponsored projects will come to an end. So it’s time to find a solution.

Which type of business fits best with the drillers?

Elizabeth Chipeta, a lawyer and Jacana’s board member, has investigated various Zambian business forms and, together with the group of drillers, has drawn the following conclusions: 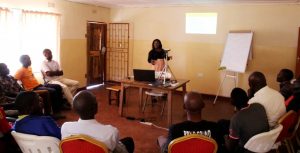 After the group has agreed to set up a cooperative, they have chosen a name and, under the supervision of Jacana, started working on drafting a management structure, statutes, rules and business plans. According to Zambian law, board members must be elected from the members of the cooperative and the manager comes from outside. The group proposed unanimously Pious Nyirongo (employee of Jacana) as manager.

After consultation, Pious has accepted this position and Jacana has offered to finance the costs for the manager in 2019.

As a cooperative, a number of important steps have already been taken:

Although the cooperative is less than a month old, good results have already been achieved. People from the region who have heard the TV or radio know where to find the cooperative. People react from all over Zambia through the internet. This shows that there is a need for affordable pumps and boreholes throughout Zambia. We, Jacana, learn from this that our work can not be limited to Chipata district. 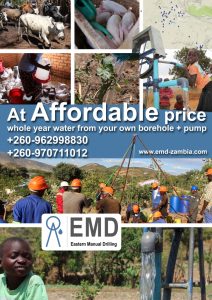