Jacana has trained and guided many small-scale entrepreneurs in recent years with the aim of enabling them to expand their businesses. Frederick Phiri is one of these entrepreneurs. Frederick is 23 years old and lives in Chipata with his father, mother, 3 brothers and 2 sisters, he is the first born. Frederick completed his Grade 12 (secondary school) certificate in 2018. He then did a 6-month course in social counselling in Lundazi. In this training, he learned how to test and counsel people with HIV/AIDS. After the course, Frederick decided not to continue with this.

Frederick heard in 2019 that Jacana was starting a Vertical Electrical Sounding (borehole siting) training and he applied for it. After an interview, he was invited for the business, financial and marketing training. Frederick was active and motivated during this training and therefore he was selected for the technical training “borehole siting”. 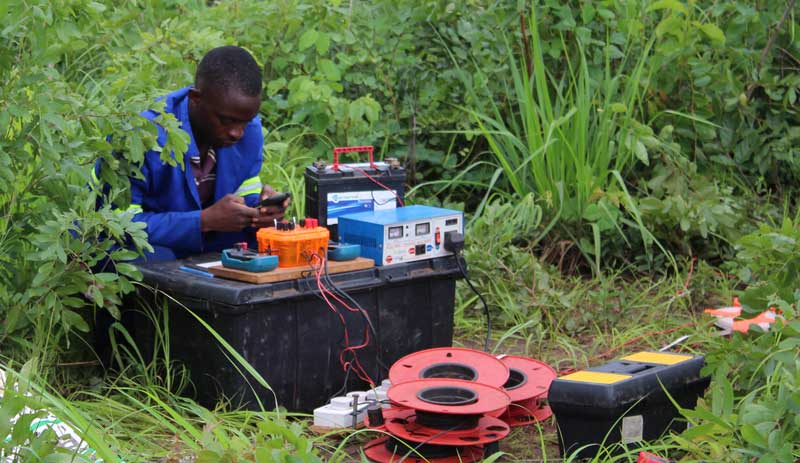 What is HEP and VES?

An important part of the training is Horizontal Electrical Profiling (HEP) and Vertical Electrical Sounding (VES). These are methods for measuring electrical resistivity at various depths in the soil. This data helps to determine the best place to drill a borehole and what technology to use. If you want to know more, you can find manuals explaining how to build and use the equipment here. 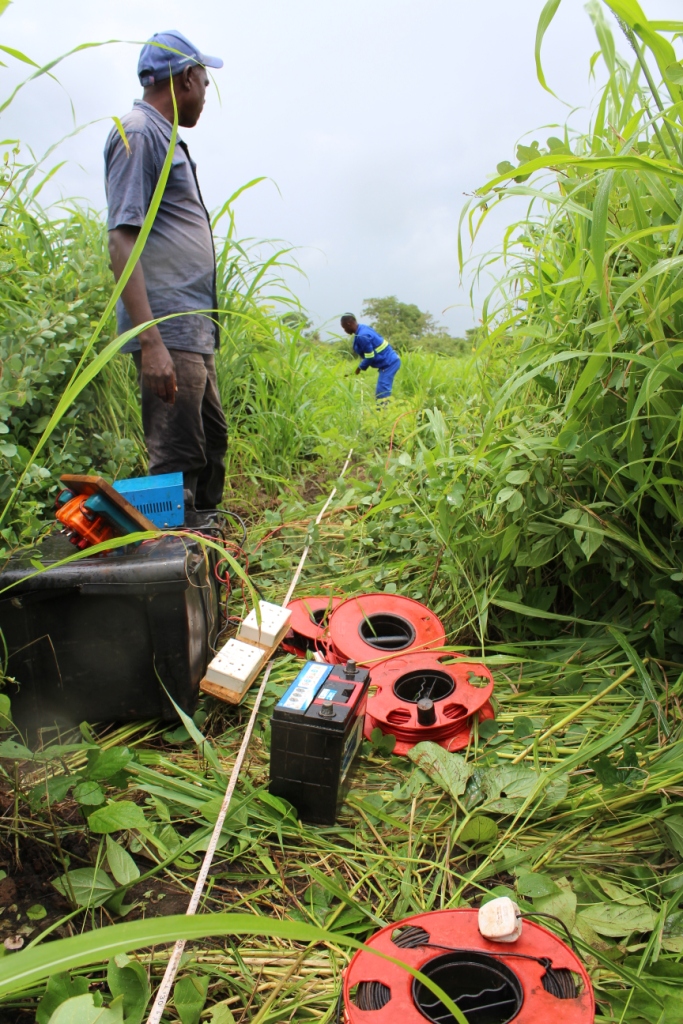 Fredrick started working in Lundazi and moved to Chipata in October 2020. In the beginning, it was difficult for him to start up because of the corona crisis. He even managed a guesthouse for a while. After the corona crisis was reasonably under control, he built up his own client base for his company “Nedrick Tech”. He does HEP and VES measurements for a local drilling company, Chipangali Council, private clients and Jacana. Fredrick has also done several measurements in Southern and Central Zambia. Clients often save thousands of dollars purely because Fredrick can advise them which drilling method works and which method does not.
When Jacana organizes a training in borehole siting and the production of VES equipment, Frederick is asked. He has also given a VES demonstration in Malawi. The VES entrepreneurs in Petauke and Lundazi occasionally ask Frederick for advice when they get a strange VES result or when the equipment needs maintenance.

A local drilling company had drilled three boreholes for a client with a machine and found no water. Finally, Frederick was called to do a VES measurement. After his measurement, the fourth borehole gave water. The company now regularly uses him and even recommends him to other companies.

Frederick has proved to be very valuable to Jacana. He is someone who does not give up after three attempts, he does everything in his power to find a good spot for the customers, so that they can drill and have water.

After Jacana experienced Frederick’s good commitment to his own business, he was asked to take part in two more training courses: “Solar pump installation” and “Solar design and installation”, the manuals for which can be downloaded here. 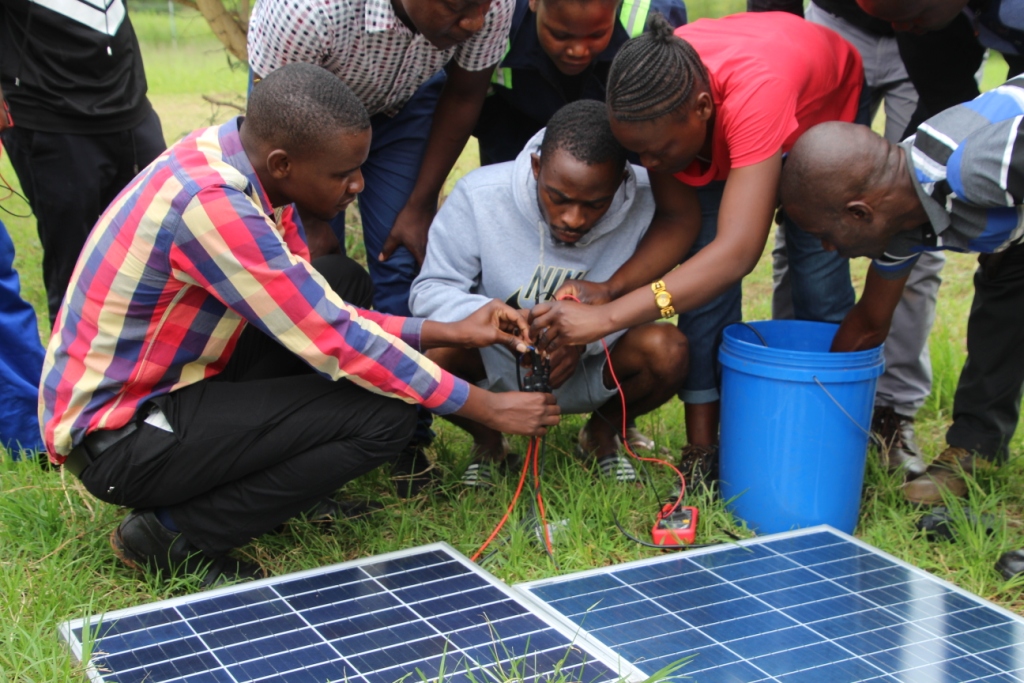 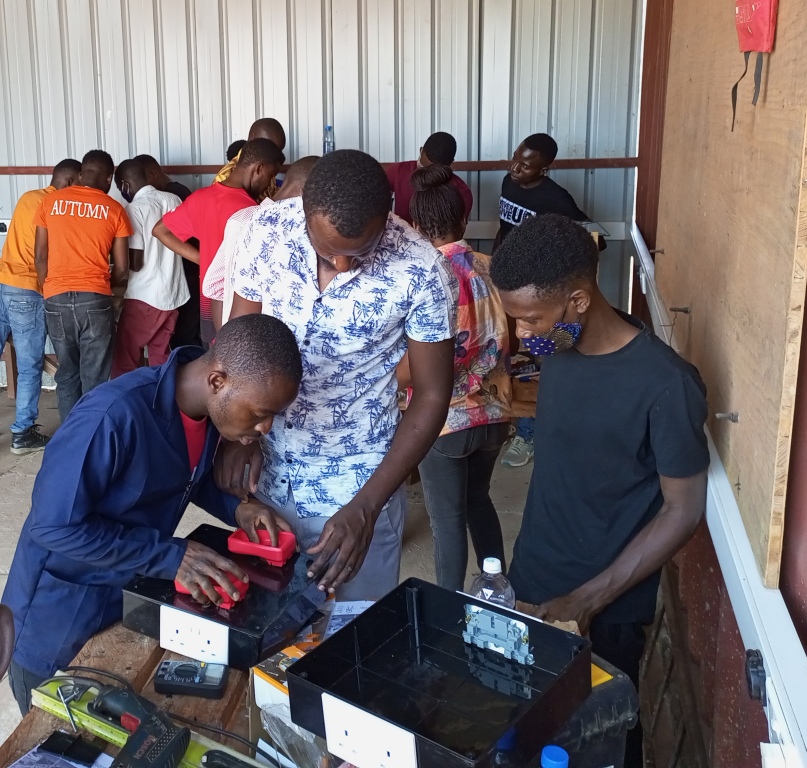 As homework for the last training, Frederick has designed a solar system for his grandparents in a village near Chipata. He is still waiting for some components and then the installation can be completed. He is a member of the solar cooperative and will start working for other people after his first installation is approved.

Frederick has invested the money he earned with the VES measurements in buying seeds and fertilizer, he supports his family financially and contributes to the school fees for his younger siblings.

Frederick is very grateful to Jacana for giving him the opportunity to learn and to set up his own business. He still has many plans for the future.